Roc's Sports Turkeys of the Year 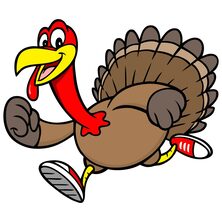 2020 SPORTS TURKEYS IS MY COLLECTION OF DUMBASSES OVER THE YEAR.
NO PARTICULAR ORDER...

IT'S UP TO YOU TO CROWN THE WINNER.  HOWEVER, I'M LEANING TOWARD  JIM CRANE or BILL O'BRIEN.  Let me know at @sportsradioroc or mike@onairsportsmarketing.com.  I am sure I am missing a bunch!
​ 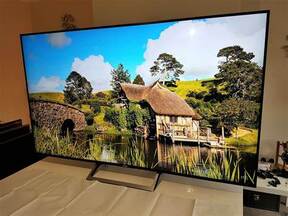 Houston Astros Owner Jim Crane – A month after the league set the penalties for the Astros cheating scandal, Crane said this: https://www.youtube.com/watch?v=LdX7BfOjN0w

You will see and hear that Crane never really apologized.  Crane told reporters that he was “sorry” his team was that this happened.  He never took the blame or but looked forward to upcoming season.  Fans needed to hear that the Astros cheated and that the ownership showed some remorse. Hundreds of times over months and games at least in 2017, the Astros signaled to hitters when off-speed pitches were coming. Not to mention, garbage can bangs signs.

The idea that this didn’t help the Astros win games (plural) is a joke!

On idea that he is partially responsible for cheating because he hired Jeff Luhnow and A.J. Hinch: “I don’t think I should be held accountable. I’m here to correct it. It won’t happen again on my watch.”

In regards to the players: “I also agree that our players should not be punished for these actions,” Crane said. “These are a great group of guys who did not receive proper guidance from their leaders.”

Another ridiculous storyline from the Astros press conference was Astros’ Jose Altuve not taking off his shirt after hitting a home run to send his team to the World Series.  Many felt he was wearing a buzzer.  However his excuse was that he got an embarrassing tattoo.  Oh really?

Bill O’Brien – Former Texans Head Coach and GM. No brainer!  How do you only get a banged up AZ Cardinals running back David Johnson, a 2020 second round pick and 2021 fourth round pick for the best wide receiver in football, DeAndre Hopkins.  Oh and throw in a 2020 fourth round pick.  Are you kidding me?  What a dumbass!  And, lets not let the owner Cal McNair off the hook, he defended it!  “It just wasn’t possible” to re-do Hopkins contract, courtesy of Sports Radio 610 Houston.

How can make this deal?  Johnson was never going to be in the Cardinals future plans and hasn’t been healthy for years.  How do you not get at least a first round pick?  The Vikings let Stefon Diggs and a 2020 seventh round pick go to the Bills for 2020 first round, fifth round, six round and 2021 four round picks. Diggs is having an incredible season.  Cardinal fans should be sending Bill a Christmas card and maybe a gift card!

Tom Brady – Hmm, where do I start…It didn’t take long for the GOAT to fit in Tampa Bay.  I have few things here: 1. With a global pandemic, TB12 felt it was necessary to workout on a park field that was closed.  He got kicked off.  2. Tompa Brady invaded, well walked into someone’s home without knocking.  He thought it was Bucs OC Byron Leftwich’s home.  Lucky for Brady, the owner did not press charges. 3. TB12 broke the CBA rules for players and coaches meeting or going over the playbook during the offseason - a no no!.  Again, he was not punished for breaking rules.  He’s the GOAT and that affords him a lot privileges.

Novak Djokovic – This dumbass is on here for two reasons – 1. Hosted a tennis tournament with no social distance with full fan capacity.  Numerous people ended up testing positive, including his wife and Djokovic.  Additionally, he was out with others dancing it up at a night club. 2. Novak, out of frustration accidentally hit the throat of a lineswoman with a tennis ball during the US Open.  He was ejected from the tournament.
​
Justin Turner - The Dodgers third baseman was pulled in the 7th inning of the Game 6 of World Series (clinching game) after his test for COVID-19 came back positive. He was sent into isolation, however, after LA won, he was out celebrating on the field with his team.  Not good!

Los Angeles Clippers – Clippers blew yet another 3-1 lead in the playoffs. This after trading their entire future (Danilo Gallinari, Shai Gilgeous-Alexander, and LA’s’ first-round draft picks in 2022, 2024 and 2026, two first-round choices via Miami in 2021 and 2023, and the right to swap first-round picks in 2023 and 2025).  Also ended up firing Doc Rivers, who is now in Philly.

MLB – I need to put them on this list for the lack of leadership to start their season as well as bubble their teams after they started. They couldn’t figure out how to test players and get test results.  They're a billion dollar business that couldn’t figure it out!

Utah Jazz Rudy Gobert – How about this guy, the first in professional sports to test positive for the coronavirus.  I will never forget how he tried to be funny by touching all the microphones during a press conference.  I really doubt that was the reason for the spread, but it ended up stopping the NBA.


James Dolan -  After another loss in March, Knicks owner Dolan snapped at a fan who suggested he should sell the team.  In a video released by TMZ, Dolan is seen leaving the courtside area late in the Knicks’ loss to the Sacramento Kings. A fan yells from off camera, “Sell the team.” Dolan stops quickly and responds, “You think I should sell the team?” and beckons the fan to come nearer. “You want to not come to any more games?” “Why?” the fan asks. “That’s rude,” Dolan says. “It’s an opinion,” the fan contends. “No, it’s not an opinion, and you know what? Enjoy watching them on TV,” Dolan says. He walks away and seems to signal with his eyes to guards, and then some assistants call out, “Hold him,” apparently in reference to the fan. Poor Knicks fans having to deal with this ownership!

Make plans to join Roc and Manuch 1pm-4pm every Thursday at Twin Peaks a their pregame tailgate then hang out with the guys for Thursday Night Football to win some prizes including $10,000 and a trip to Hawaii!