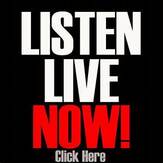 OUT OF BOUNDS GOLF
​WITH BERNIE AND DAHLBY 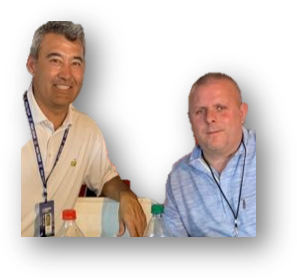 COMING SOON
​Out of Bounds Golf Show is a weekly radio golf show.

Hosted by PGA Professional - Steve Dahlby and long time golf radio broadcaster and golf caddy Brett Bernhisel.  Each week the guys feature a weekly line-up of the world’s greatest golfers, along with exclusive inside the ropes news and scoops from around the golf world.  The guys spent the last two years on the CBS affiliate in Phoenix. 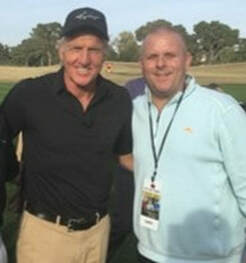 Brett has been a fixture in the game of golf all his life.  A Scottsdale resident for over 40 years, Brett was a successful junior and mini tour player.  The son of famous PGA Club Professional Ralph Bernhisel, Brett began the steps to follow in his dad's footsteps in the early 1990's.  It was then that Tour professional R.W. Eaks asked Brett to caddie for him on the PGA and Web.Com Tours.  Brett made the decision to become a tour caddie, spending over 10 years as a caddie with a number of players.  Although Brett never got the elusive "flag" that caddie's get when their player wins an event, Brett helped his players to many top finishes.

Upon his first retirement as a tour caddie, Brett returned to Arizona where he co-hosted his first golf radio show, "Backspin the Golf Show".  He was lured away from that show to start his own show, "The Bunker to Bunker Golf Show", which he hosted for many years.  He also co-hosted a TV Golf Show, "Golf Arizona" with former PGA Tour player Dan Pohl.

He was drawn back to the life of a Tour Caddie for two more seasons in an attempt to get that win.  Unfortunately, Brett was not able to achieve that goal, although he came close many times.  He remembers his days as a caddie as the "king of 2nd and 3rd place".  Brett remains close friends with a number of current players and caddies on the PGA Tour.

Brett is back in "The Valley of the Sun" and brings his expertise and insight to golf fans weekly on his new radio show, "Out of Bounds Golf with Bernie and Dahlby".  Brett teams with PGA Tour Teaching Professional Steve Dahlby each Tuesday night on NBC Sports Radio AM 1060 Phoenix give a comprehensive look at the game of golf.

Brett lives in Scottsdale with his wife Ellie and "a herd of pugs". 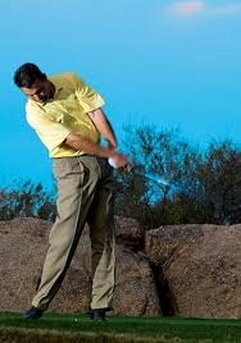 Teaching Professional at the historic Phoenix Country Club, is ranked as one of the Top 25 Teachers in the United States by Golf Tips Magazine and is also ranked among the Top Teachers in Arizona by Golf Digest Magazine.  Steve's current and former players have won 17 times on the PGA, LPGA, Web.com  and Australian Tours.

Steve also coached European Solheim Cup Captain Carin Koch during her final two seasons on the LPGA Tour.  Steve has worked with and continues to coach a number of top ranked college and junior players.

Steve also is a partner of an online golf instruction website.
​
Steve lives in Scottsdale, Arizona with his wife Amy and two son's, Andrew and Matthew. 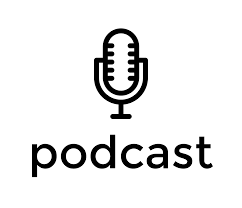 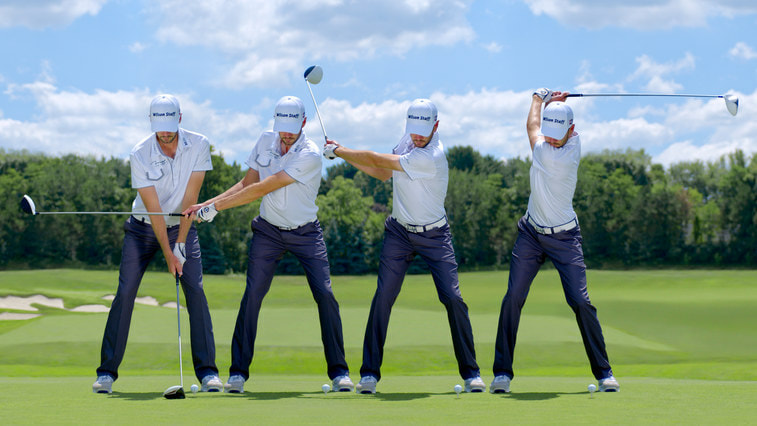 Anybody can learn from Troy Merritt's efficient driver swing. View his swing with analysis provided by Steve Dahlby, Merritt's coach and the teaching professional at Phoenix Country Club.  click here for link